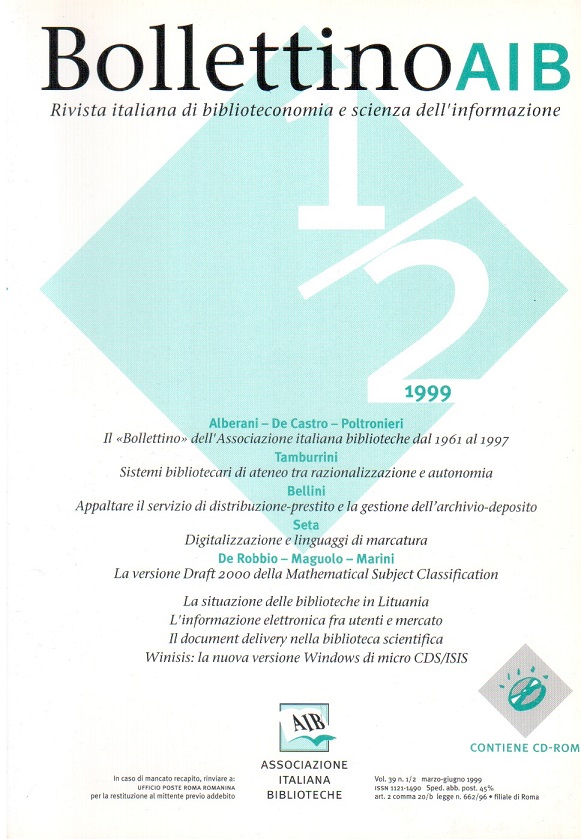 This article explains the present situation of the Lithuanian libraries in the light of what happened during the period of the Soviet Union occupation and after regaining the independence in 1990.

Lithuania has a very old and important tradition in the library field that can be traced to the Fourteenth Century. When Lithuania was a independent nation its libraries developed in a way similar to the other European libraries, till the Soviet Union occupation. In fact, after the second world war the Soviet librarianship was introduced in Lithuania with negative and positive consequences. The regaining of the independence in 1990 became a landmark for Lithuanian society and libraries as fundamental reforms have been changing the political, economic and cultural framework of the State.

The article describes the present system of the Lithuanian libraries and the recent juridical and administrative measures, with their consequences on the development of libraries. It has reserved the biggest attention to the public libraries as them are more undergone to the changing.

The last part of the article is devoted to the analysis of the future prospects of the main aims to pursue for improving the quality of Lithuanian libraries and librarians. What is more, it is also given prominence to the help and cooperation that some international organisation and institution, expecially Scandinavians, are supplying to the Lithuanian libraries.