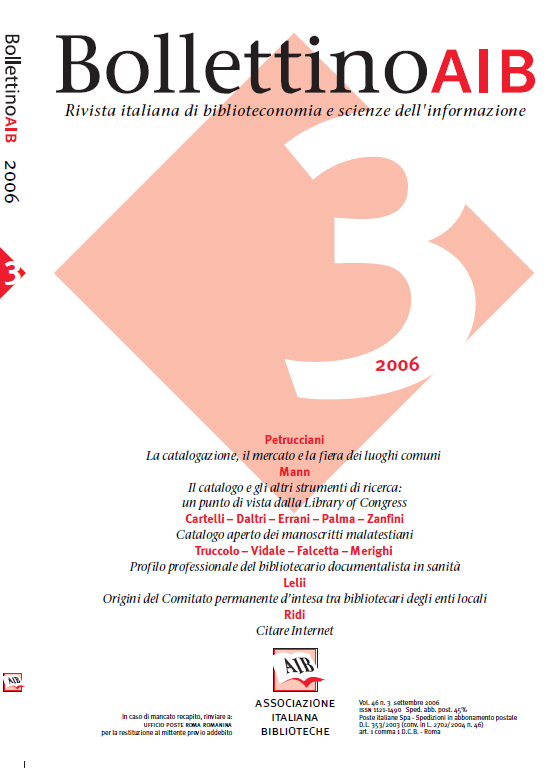 Documentary sources from the Internet, if reliable, can and must by now be used and cited without hesitation, in any bibliographical context. The URL (Uniform Resource Locator) indication cannot, however, replace all the other usual elements of the bibliographical citation, which must be identified and treated following as much as possible the tradition, with particular attention to the chronological elements.
In the same way, one should avoid the creation of unjustified distinctions between a list of more traditional documents, called bibliography, and a list of documents retrievable from the Internet, called in very different and sometimes very strange ways.
The substantial continuity between the "traditional citation" and the "Internet citation" emerges also from some recent surveys, which testify both how a large part of the documents coming from the Net cited in theses or academic papers are no longer present at the original URL soon after a short time, but also how a large part of them can anyhow be retrieved even many years later thanks, on the one hand, to archival tools such as Internet Archive and, on the other, to complete and accurate citations.
Nevertheless, some alarming data about the short average life of the web pages are based on a basic misunderstanding, since what actually survives from 44 to 100 days are not the web pages but their URLs. As regards the subset of the documents cited in the academic literature and in the degree theses, a more plausible estimate of the average persistence of their URLs varies from 2 to 4.8 years.
Another consideration that emerges from the surveys is that the most reliable resources from the point of view of the informative content are also the more stable from the point of view of the permanence at the same URL or at least of their retrievability at another address. Therefore, increasing the ability of those who cite to recognize the more authoritative information sources online, the retrievability of the citations themselves would be increased.