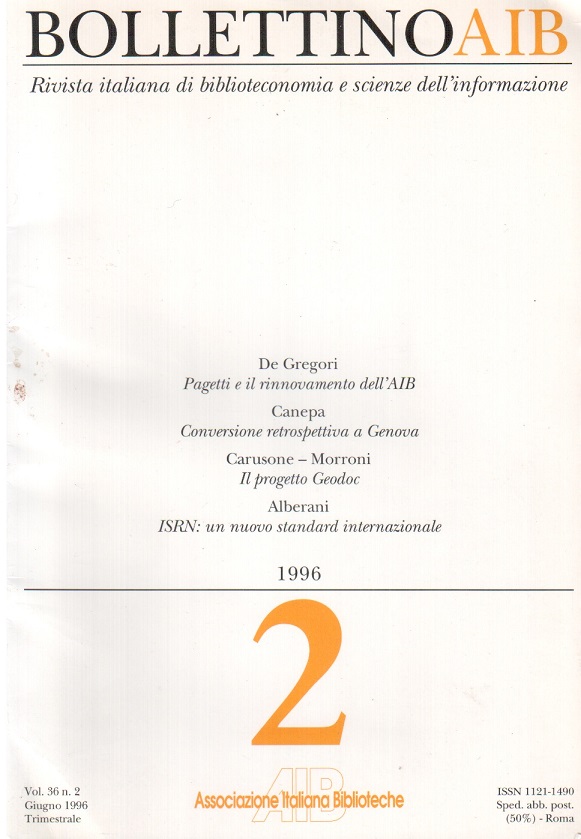 The relations between the Italian Library Association (AIB) and Renato Pagetti were initially tenuous. Renato Pagetti attended the 1951 Conference and the 1960 extraordinary meeting and then, at the 1962 Conference, contributed a paper about the impact on public libraries of the regional authorities envisaged by the republican Constitution and not yet established. The close relation between Pagetti and the Association, with its increasingly assiduous and intense collaboration, dates from this year.

In 1963, Renato Pagetti became a member of the study committee on public libraries. In 1964 the Committee published the first Italian standards for public libraries (La biblioteca pubblica in Italia). In the same year, Pagetti was elected a member of the Executive Council, in 1965 he became a member of two other committees (Committee for press and public relations and Committee for sound records collections) and concluded an agreement with the Italian association of record companies for the reproduction of sound documents owned by libraries.

In 1967, Renato Pagetti became a member of the joint archives-arts-libraries committee on cultural heritage legislation. After that year's Conference, at which he presented a paper on the register of professional librarians, the Executive Council set up a study committee for a new statute and regulations to which Pagetti was appointed. He supported permanent financing through proportional fees and the establishment of working groups in accord with IFLA divisions and sections.

In 1970 Pagetti was elected chairman of the Association and over six years introduced a considerable number of innovations: the publication of a newsletter, as a supplement to the Association journal "Bollettino d'informazioni", and of some monographs; contacts with Government, Parliament, political parties and trade unions; a stronger involvement in IFLA's activities, with a number of delegates to annual sessions and the organization of two important international meetings in Italy.

At the Perugia Conference of 1971, the Association adopted a policy statement whose principal objects were: the transfer of the legislative and administrative competence for national libraries, excluding Florence and Rome, to the regions; the transfer of the administration of older university libraries from the central government to the universities; the unification, under a single collegial direction, of the two National central libraries of Florence and Rome; the charge to the regional authorities of the task of ensuring public library services to all citizens; the charge to a central government office, besides general planning functions, of the tasks of protection and preservation of Italy's valuable book heritage.