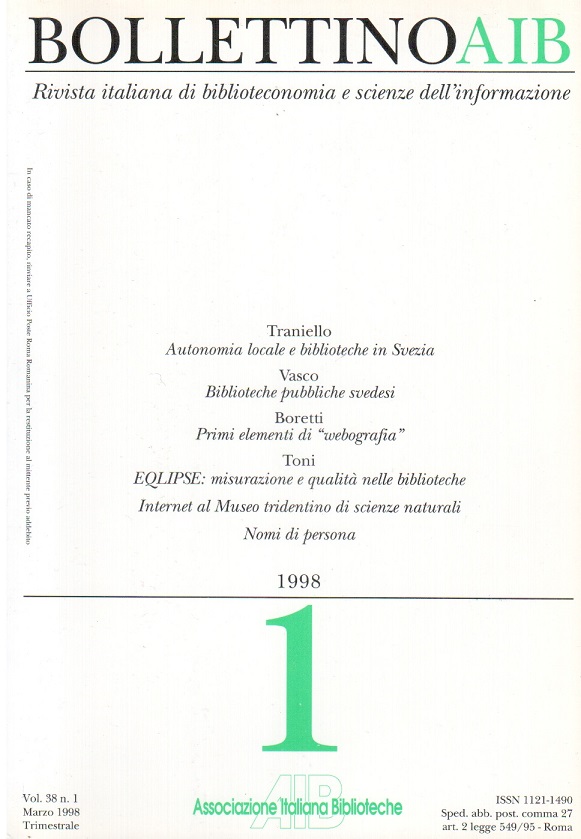 The connection between the public library and local government derives from the former's genetic heritage. The case of Sweden would appear to be exemplary in this regard. Our interest derives not only from the evident connection between the development of library services and the high level of autonomy of local bodies, but also from the administrative policy choices implemented to enable local authorities to exercise the autonomy conferred efficiently and on these administrative initiatives' repercussions on library legislation.

Sweden has a long-standing tradition of autonomy. Lay and ecclesiastical institutions intermingled until the two administrative spheres were separated in 1862. Simultaneously, town and provincial councils were endowed with powers to levy taxes for their administrative activities and to draw up their own budgets.

The wide-ranging reforms introduced since the 1950s have drastically reduced the number of local authorities. This process was engendered by the awareness that an efficient response at local level to the request for services deriving from a modern industrial society entails first and foremost a concentration of resources, possible only for territorial bodies endowed with a sufficiently large population to assure, through taxes, adequate revenues.

As regards libraries, state subsidies to town libraries were suspended in 1965, while provincial (or county) libraries are disciplined by a law of 1966 which envisages joint financing by the state and the provincial administration.

This is a guideline law containing statements of principles, aimed above all at public libraries. The establishment of both town and county libraries is mandatory. As regards financing, local councils fund town library and school library services, while the counties, assisted by the state, fund the provincial library services.