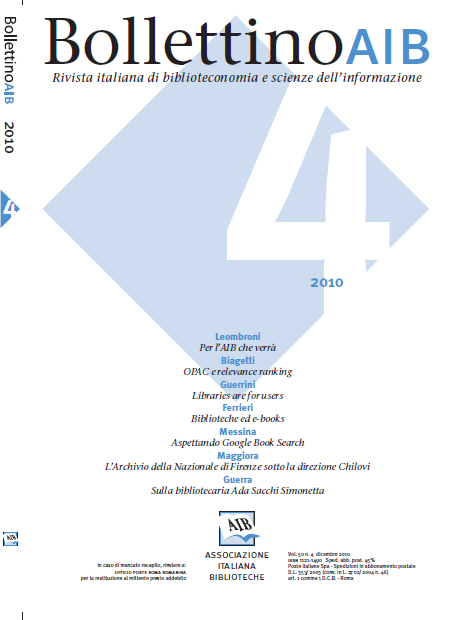 The article outlines the ways European libraries that have already joined the project are following in participating in Google Book Search initiative, in view of expectations and questions raised by the March 2010 agreement between the Italian Ministry of Cultural Heritage and Activities and Google to digitize approximately one million volumes of the national libraries of Florence and Rome. After some considerations on the Settlment Agreement, resulting from the class action brought by the Authors Guild of America and the Association of American Publishers against Google in 2005, and on how the Agreement could reflect in Europe, the commercial strategies of Google are briefly described and the 2008 agreement between Google and the Lyon Municipal Library is examined. The conclusions highlight some possible interactions between the Google offers and digital libraries services.