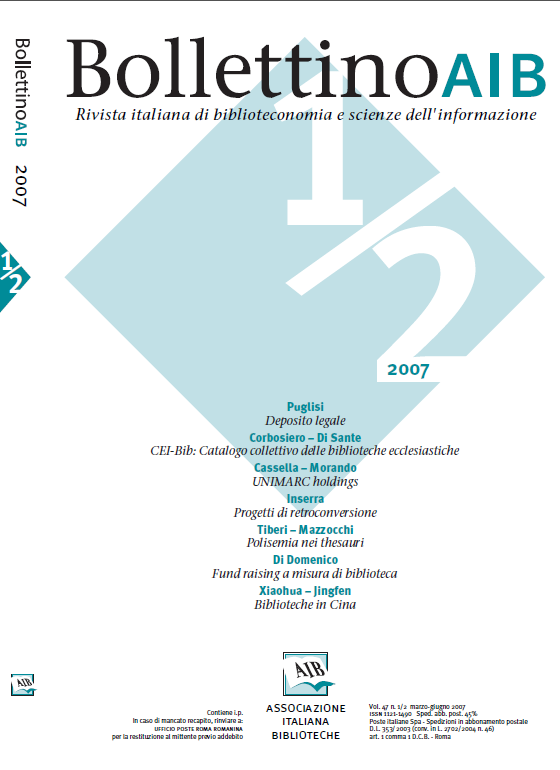 During one century's development, libraries in China have overcome many difficulties, changed their focus and orientation, and built up a steady basis for future development. When entering the new century, they are changing and progressing at an ever-increasing speed. Facing both opportunities and challenges, they are seriously rethinking and redefining their roles, missions, and orientations in the information era. A user-oriented philosophy is replacing the traditional book-centered philosophy.

Free, equal, and open spirit is spreading in the library field. While engaging in the state-of-the-art activities such as digital libraries, new services, information resource development and sharing, and library administration and reform, libraries in China are closely concerned with the unbalanced development of China and the enlarging digital divide. While playing an important role in the public education and in preserving the traditional culture, they are actively involved in the campaign of sustainable development and the improvement of economically underdeveloped areas. This paper is a general overview of the libraries in China, presenting the status quo and current trends. It first introduces the current organization and policy structure of the library system in China, with emphasis on the National Library of China, public library system, academic library system, and research library system, and points out some existing problems in the structure. It then talks about some of the recent trends in library services, including the employment of online shared cataloging and online public access catalog, the tradition of and current focus on user education and instruction, the emerging interest in reference services especially cooperative digital reference services, and the developing document delivery and inter-library loan services. As in other countries, new technologies and the Internet have a great impact on the librarianship in China.

In Section 4, some major digital library projects are introduced, including China National Digital Library Project (CNDL), Chinese National Science Digital Library (CSDL), Tsinghua University Architecture Digital Library (THADL), and Chinese Digital Library Standards (CDLS). Some existing problems in the development of digital libraries are discussed; for example, most of the digital library projects in China are still in the rudimental stage of simply digitizing library materials, rather than more complicated digital services. The next section talks about the digital divide in China and the resource sharing efforts of libraries. China Academic Library and Information System (CALIS) is the major project in the academic library system, and National Science and Technology Library (NSTL) is a digital library engaging in information sharing in the research sector. Information sharing projects in the public library system are mostly sponsored by the government, including but not limited to the nation-wide project of “Send Books to the Countryside” and the “Mobile Libraries” project in Guangdong province. The Shanghai Information Resources Network is a case of cross-sector information sharing projects, and the conferences of Chinese Resources Cooperation and Development are the international endeavor in sharing Chinese information resources and preserving Chinese culture. Library legislation and library education are briefly discussed towards the end of the paper. A unified library law of China is still an important issue under development, and requires the efforts and cooperation from both within and outside the library profession.